Ourstreetparty.org was started by  people who had organised  street parties on their own streets and were inspired to take this further and organise regular ‘Playing Out sessions’.

It is a partnership with Oakman Inns who believe in supporting people to make positive changes in their communities.

The story so far…

Back in 2012 a group of residents in Tring decided to close their street for a street party to mark the Queen’s Diamond Jubilee. No one was sure if this would be a success or not but on the day it was fantastic. People meeting other residents for the first time, kids playing with other kids, bunting and street barbecues.

As it seemed a long time until the next Diamond Jubilee, these residents then decided to get permission to close the road to through traffic once a month for a couple of hours. The kids get some freedom to play outside, learn to ride their bikes and the adults get to chat and catch up as well. And of course the annual street party has now become a tradition. New residents usually remark what an amazingly friendly street it is.

In 2015 Peter Borg-Neal CEO of Oakman Inns heard about the Playing Out scheme and wanted to support more people to be able to do something similar. We decided together that the best way for people to start is to ‘start with a street party’. If you’ve never done this before this can feel like a big step, so we are here to help. We look forward to hearing from you! 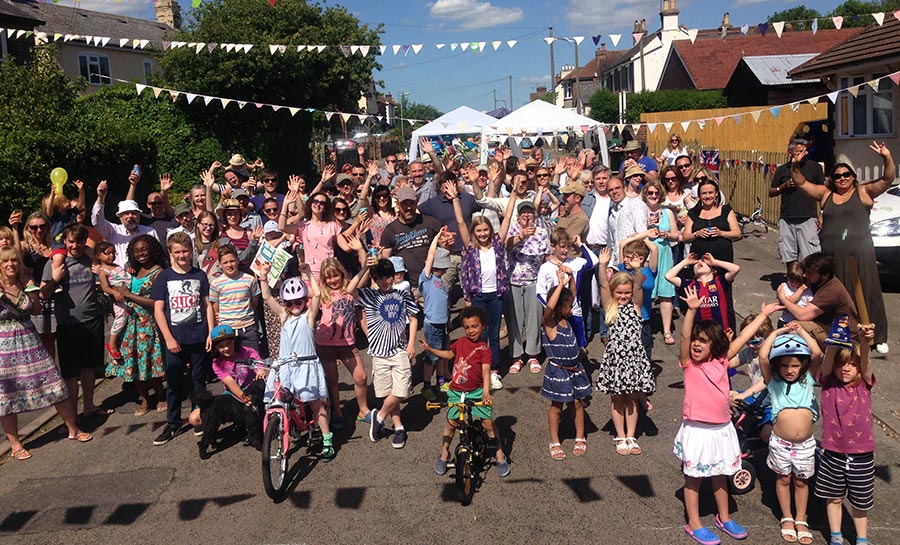 Thanks to Oakman Inns

If you’ve stumbled across a beautifully restored, award-winning pub in the Home Counties, there’s a good chance it's an Oakman Inn. Our growing collection is guided by a simple philosophy: we care about people, produce and our surroundings. From our carefully sourced food and drink to our thoughtful service, it’s an approach that runs through everything we do.